Collective op-ed: “We will not let France support the return of apartheid in Africa” 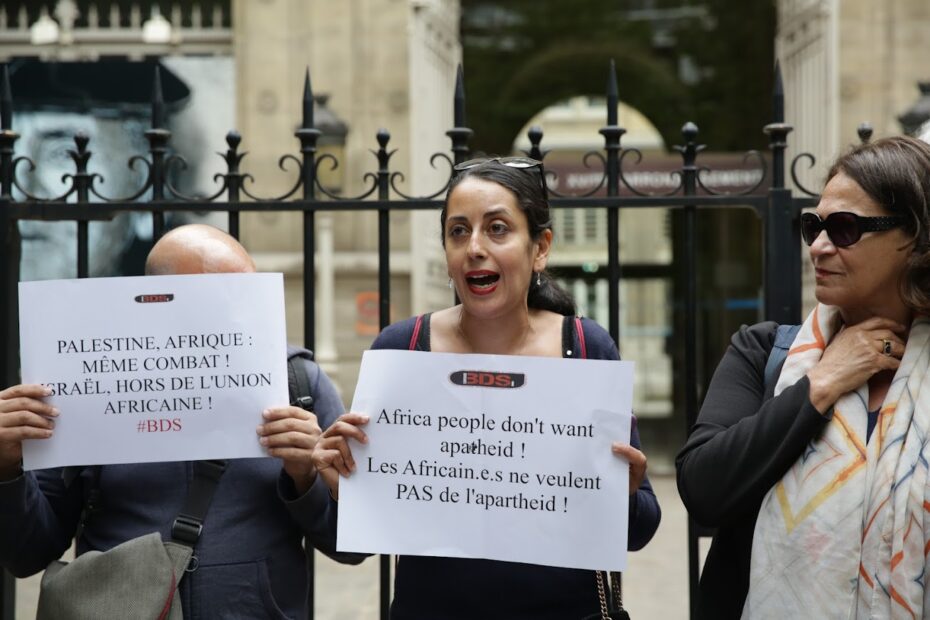 With this collective op-ed, we denounce the hosting of the international conference “Israel back in Africa” co-organised on 31 May by the Israeli embassy with the logistical and political support of the City Hall of the 16th arrondissement of Paris. This conference aims, above all, to promote the African policy of the Israeli apartheid regime on the continent.

What does the City Hall of the 16th arrondissement of Paris have to do with this conference?

By hosting this conference, France is demonstrating its willingness to promote the Israeli apartheid regime on French soil, after Israel’s failed attempt to organise a similar summit on the African continent. This conference was Israel’s second, and far less ambitious, attempt at an Africa-Israel summit. Initial Israeli plans were to hold a summit in the African nation of Togo. These had to be cancelled after significant popular and diplomatic pressure convinced more and more countries to boycott the conference. The Israeli regime therefore looked to France to support its policies in Africa. France agreed to support the organisation of this conference, which once again demonstrates  how deeply embedded colonialism and paternalism are in French foreign policy.

We think it is important, also within the Afro-descendant community, to denounce these colonial power games. Africa does not need the Israeli apartheid regime to face the challenges it faces, be they climatic, commercial or social. Africa needs even less the massive arrival on its continent of the tools and techniques of Israeli oppression field-tested on Palestinian bodies and society.

Popular movements across the African continent are mobilising against the creeping penetration of Israel into Africa. They tell us clearly: Africa does not need France to promote the return of apartheid on its soil!

Michèle Sibony, Spokesperson of the French Jewish Union for Peace